We live in a time where because of social media, anything can become really popular. Even if only for a short amount of time.

Most people are aware of this and we’ve seen it happen. Multiple times.

Something as simple as debating whether a dress is blue and black or white and gold.

Or whether you’re hearing a man say Laurel or Yanny.

These posts start off as some innocent share that grow exponentially for reasons we still don’t really understand, but there is some explanation to it.

But can anything get to this level of popularity? And why did those that did become so popular get to where they were?

The science of virality

I recently had to look into virality and how it occurs for one of my digital audience classes.

We were tasked to look at something that went viral and give our thoughts on why we think it did so well online. Then read opinions from social media experts and explain, according to them, what really happened.

I chose to look into the dress.

And if you’re not familiar with the dress (which I highly doubt because everyone defended what they saw) this is what it looks like. 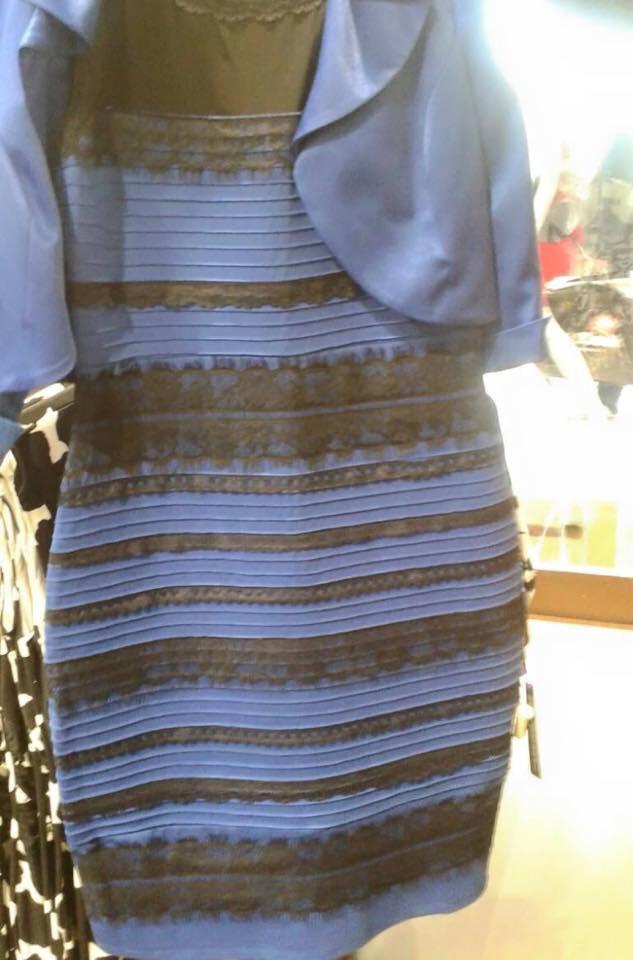 Do you see it as black and blue or white and gold?

The dress started on Tumblr and turned into four hashtags (#blackandblue, #whiteandgold, #thedress and #dressgate) and was shared by multiple celebrities.

But what the hell happened to get it there? It was just some dumb picture of a dress right?

Well, there are two reasons it did so well.

There’s only one right answer

The first reason, and what I believe to be the main reason, is it was something that everyone wanted to give their opinion on to support their side.

In an almost tribalistic way, what you saw made you feel like you were on that team. (#blackandblue forever)

It wouldn’t have gone viral if it was something that had overwhelming support on one side.

Seeing all of the traction it was getting made you curious.

I wonder what my friends see. Are they on my side?

It also was confusing. Your side wasn’t just your side, it was the right side.

How on earth would someone mistake that dress for those colors? Are they joking? Are those people crazy? Am I crazy?

It came out later that the lighting had been perceived as different and depending on what your brain was telling you, it caused you to see only one version of it.

But regardless, it was something for people to engage in.

That was viral, but there wasn’t anything to discuss about it. It went viral just because some people thought it was funny or the way he said it each time was quotable.

But the engagement of the dress brought so much more which is why Damn Daniel wasn’t as viral as the dress. The sides of Damn Daniel were just — it’s funny or it’s not. And those who thought it was funny were enough to make it grow.

How it connected us

The second reason the dress got so big is that it was a positive debate and a break from all the negative debates.

Politics is something I follow pretty closely. Yet I don’t enjoy following it.

Candidates and policies are important to me, but I follow it because it could affect me.

But the dress was a debate that didn’t make me actually question how on earth someone speaking believes what their saying is morally correct.

Someone saying the dress is white and gold was, in my eyes, wrong, but not in a, “I can’t believe they just said that,” kind of way.

It was a fun debate. Simple as that.

And there could be jokes made about the dress.

B.J. Novak Tweeted about how he loves the Pope’s Black and Blue robes.

But in things like politics, the jokes can be hurtful and make someone angry causing them to disconnect from the conversation.

Debates that can be seen as negative won’t do so well unless a campaign or post is so out of line that it sparks outrage. That we hear about all the time.

So in theory, something funny, interesting and worthy of your engagement is what can make something go viral.

So how do we make something go viral?

This is the question that I know many are here for.

And even though I shared why some viral posts got so popular, deconstructing how that happened just shows how hard it is to make something viral.

I don’t believe you can really make any progress in figuring it out.

If we could, that would be great. Think of how beneficial it would be for business’ to make viral campaigns.

I’m sure they’re constantly trying, but the ones that are successful might have not even meant for it to happen. Like Jones Barbeque and Foot Massage.

Think of how a big brand like Samsung could make something viral. They’re already well known but that doesn’t mean they can’t make a Tweet that would be spread among everyone and discussed. It’s hard, it’s really really hard.

Viral things tend to come from positive light-hearted things that cause someone to want to add their opinion.

Doing so with a product might not be possible. At least in a marketing tactic way.

It will always be seen in the light of something with #ad at the end of it.

That’s not to say that it can’t be done. But virality is almost always accidental.

The best way for a business to benefit from the concept of virality is to tag themselves onto something that does go viral, but not try to start it themselves.

A business doing the Ice Bucket Challenge or making their own Harlem Shake can be beneficial. But making a viral post with even the tiniest bit of intent won’t bring in the engagement you are hoping for.

Hopefully, with this understood, we’re at least able to benefit from analyzing things that go viral. But in analyzing it we see that it’s almost always the innocence and pointlessness of something viral that got it there in the first place.